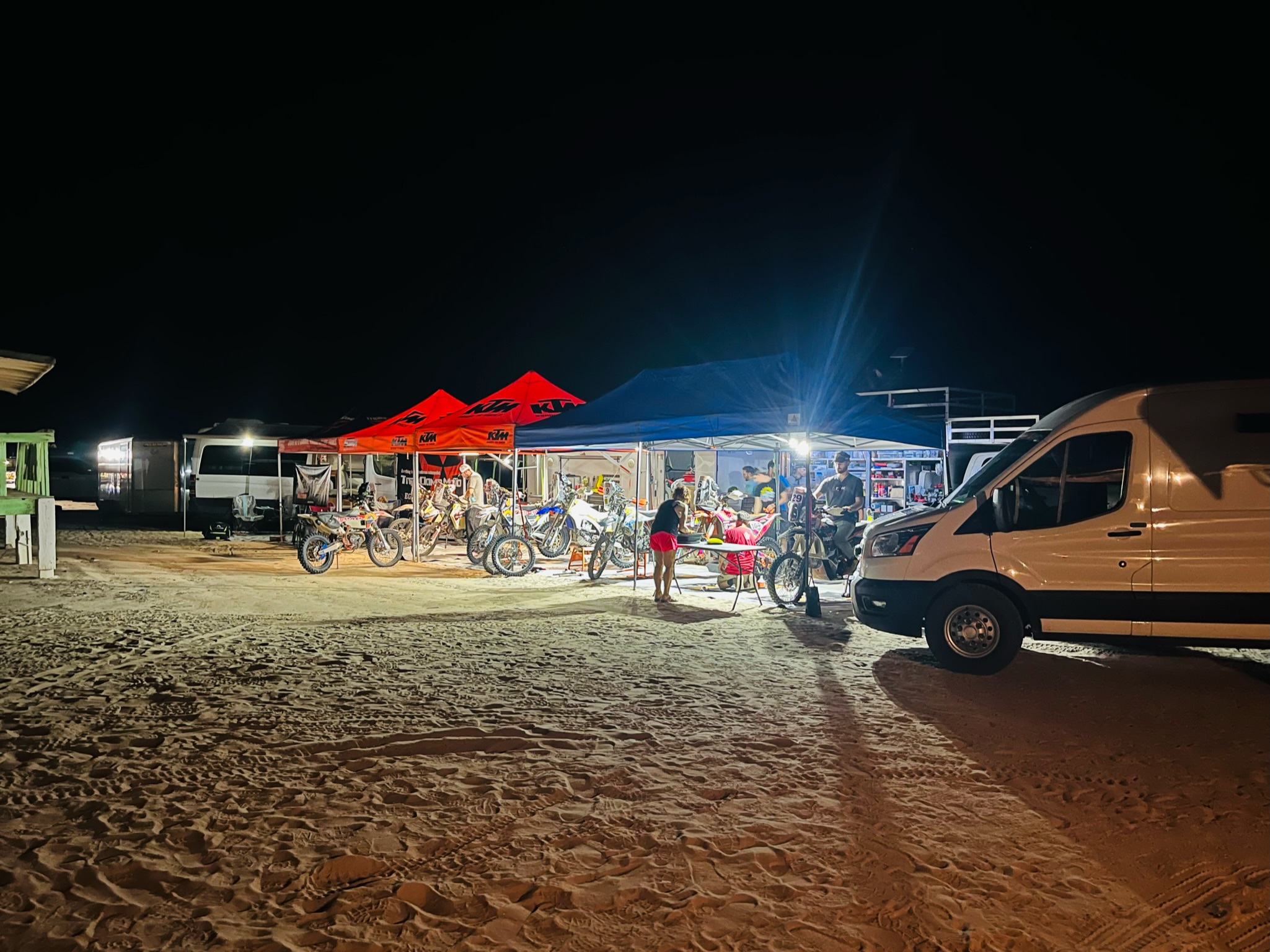 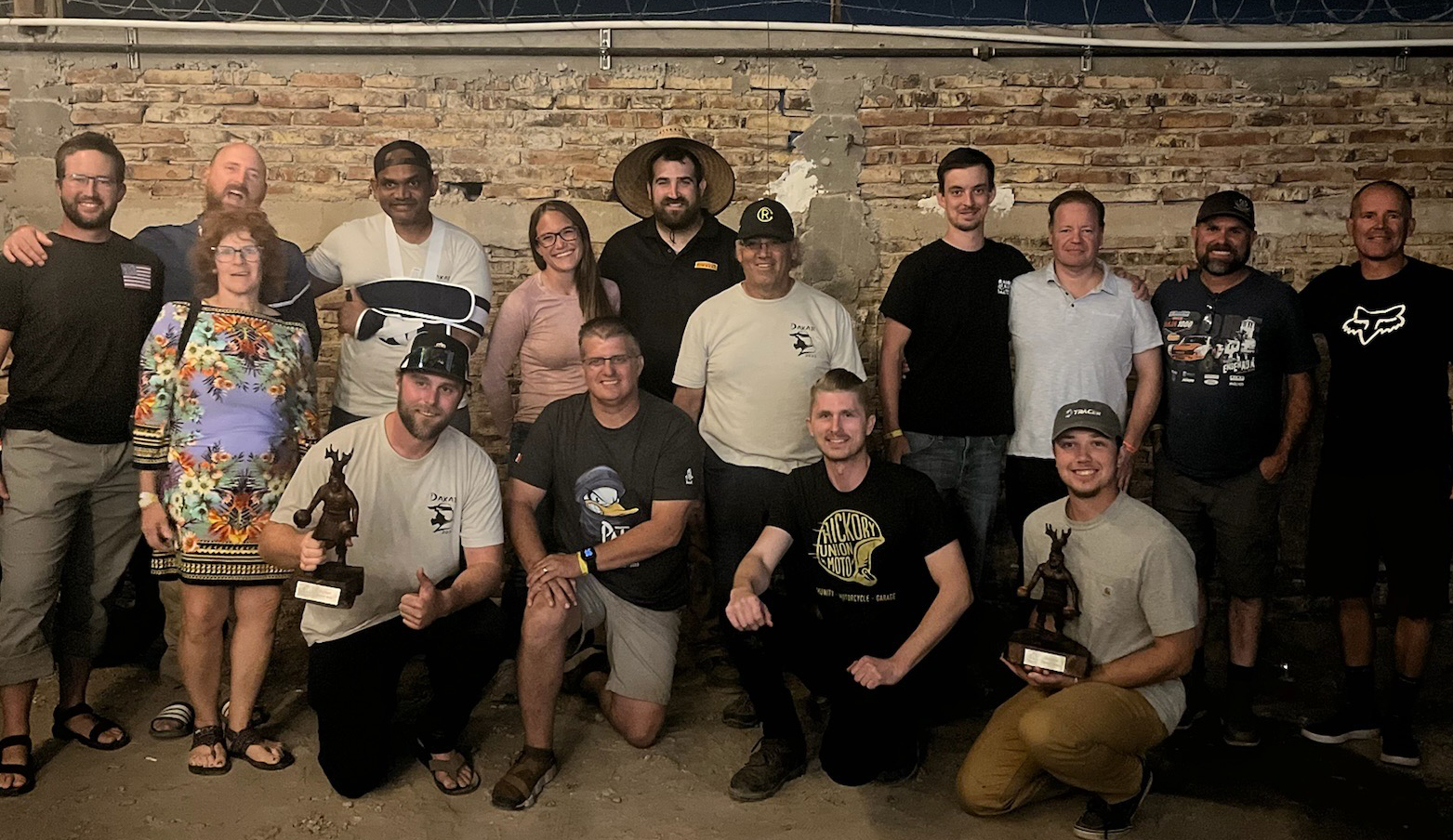 Freedom Rally Racing (FRR) emerged on the Rally Raid  scene in 2012, a product born out of a passion for rally racing and the infamous DAKAR Rally.  When Michael Stanfield, owner of Freedom PowerSports, decided to compete in the DAKAR, he could not find a support team that met his stringent criteria. This led him to mechanical mastermind Scott Spears. Scott was a well established name in the industry and built Mike’s rally bike and supported him during his 2011 DAKAR bid.

Fast forward to the current day.  The United States is at the cusp of a rally revolution. More events are opening up in North America (NORRA, Baja, Sonora, COTAH, etc.) In 2022 there were 3 Americans in the top 10, again making history. 2022 also saw the rise of a new generation of rally riders, with rally prodigy Mason Klein (supported in his endeavors by FRR) finishing 9th overall in his first ever DAKAR, a feat very few riders have ever achieved. And, at the age of 20, he was the youngest bike competitor ever.

2023 will see the most Americans in history compete in the race with a total of 11 Americans. 2 will be factory backed by Honda and Husqavarna and 5 will compete under the American Rally Originals banner (Supported in their training by FRR). In 45 years of the DAKAR, no American has ever completed the Malle Moto (unsupported) class. These 5 Americans are aiming to be the first in history to complete the rally, in the event Malle Moto Class.

Re-Enter Freedom Rally Racing, recently acquired by Robert Mann along with original teammember Scotf Spears. Scott has recently been working directly with multiple factories and is excited to re-establish the FRR. Freedom is back with a laser waypoint focus. Their mission? To be the premier rally support services organization in America, providing factory level support for riders during rallies, while at the same time, spotting and supporting new talent that can progress up the rally ladder and stand shoulder to shoulder with the rally greats.

FRR brings support to these racers at rally raids such as COTAH Rally, Sonora Rally and Baja Rally. They understand Rally is a team sport, and with the exception of the Malle Moto class, your success is heavily dependent on your level of support during these grueling races. FRR is bringing a new dimension to the sport, as it is filling a gaping void in navigation style events. Currently there are no formal or professional support options available for young and upcoming riders.  Freedom will not simply be fulfilling the role of support, they will lead the charge of identifying and mentoring rising rally super stars, something that is vitally important to grow and develop the sport.

As you can see from the achievements of Americans on the world stage at the biggest and toughest rally raid in the world, the sport is growing and growing rapidly. A new generation of smarter, stronger and faster racers are emerging, ushering in a new era in rally racing.Freedom Rally Racing will be there to support them, leading the charge. Will you?
Success Stories

What our riders say

FRR is a dream come true! Without the experience, knowledge and guidance of this professional team, I would never have achieved my goals.

I had the pleasure and the privilege to be supported by Freedom Rally Racing for three of the major rallies in North America.The memories and experiences, I will cherish for the rest of my life.

I quickly learned that having a support team is a key component, just like bike set-up and the necessary equipment. I contacted FRR for mechanical support for my first attempt at rally racing/riding at the YSR.

Their help and support was phenomenal, and it was pivotal to my success. The bike was great and well prepped while logistics and communication were great.

Robert and Scott with Freedom Rally Racing were both a knowledge resource and mental support. And just good people, as was the entire FRR crew.

With the support of the FRR crew, you can make your dreams a reality. I look forward to my next adventure with the FRR team.

The team spirit and camaraderie was exceptional. Racing with Freedom Rally Racing you don't just take part in an event, you become part of the Freedom family.

FREEDOM RALLY RACING is a team dedicated to providing you the logistical support and tools you need to have a successful rally raid event. Our purpose is to expose young talented riders to the rally raid world and sup- porting them in their continued success. FRR is helping privateers get access to the best rally support possible. FRR provides their riders with pro-level rally prepared motorcycles combined with factory-level support. FRR crew is a dedicated group of professionals whose only job is your success. We are here working for you, so that you can focus on one thing... to “RIDE LIKE A FACTORY PILOT”! 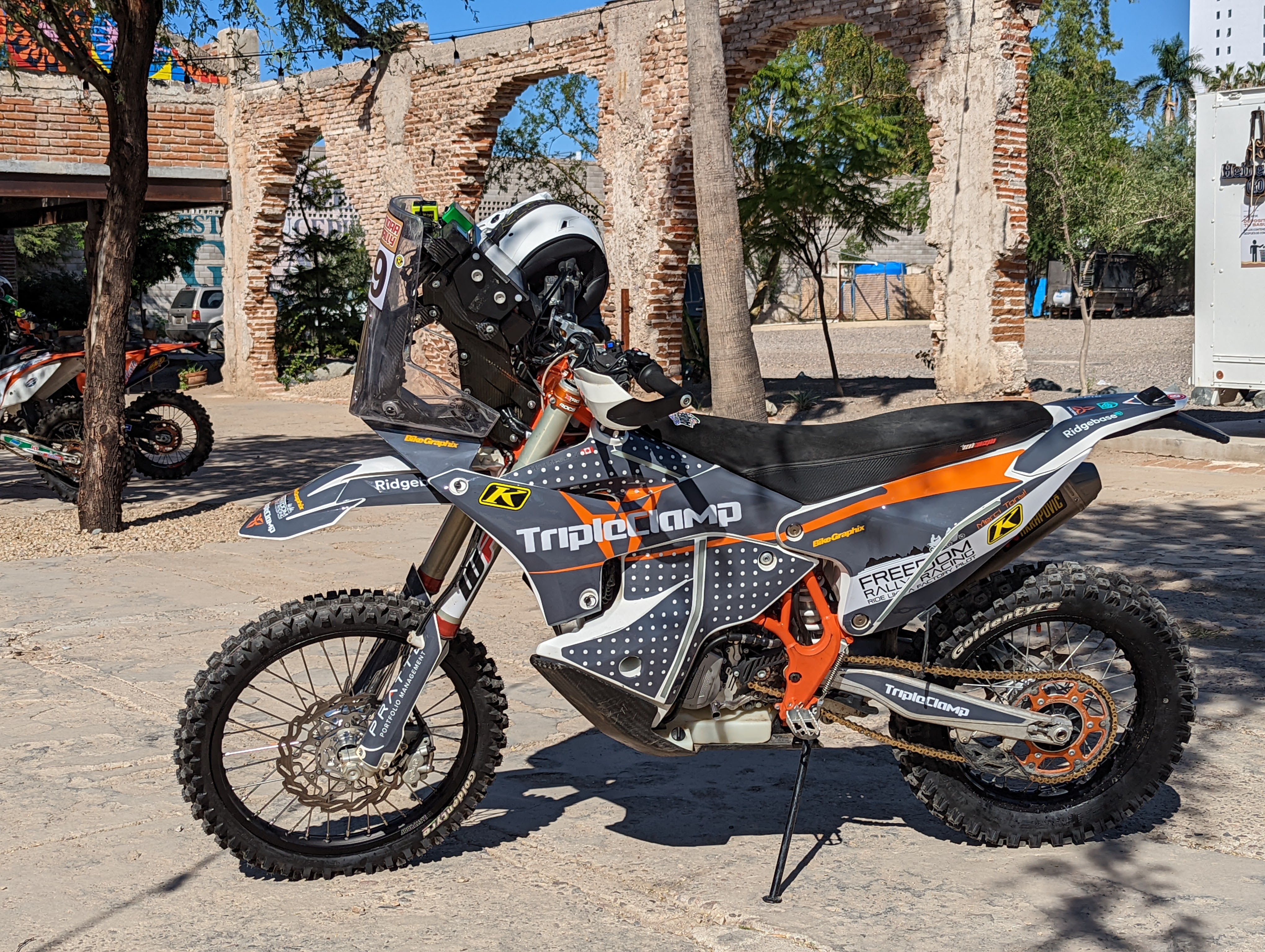 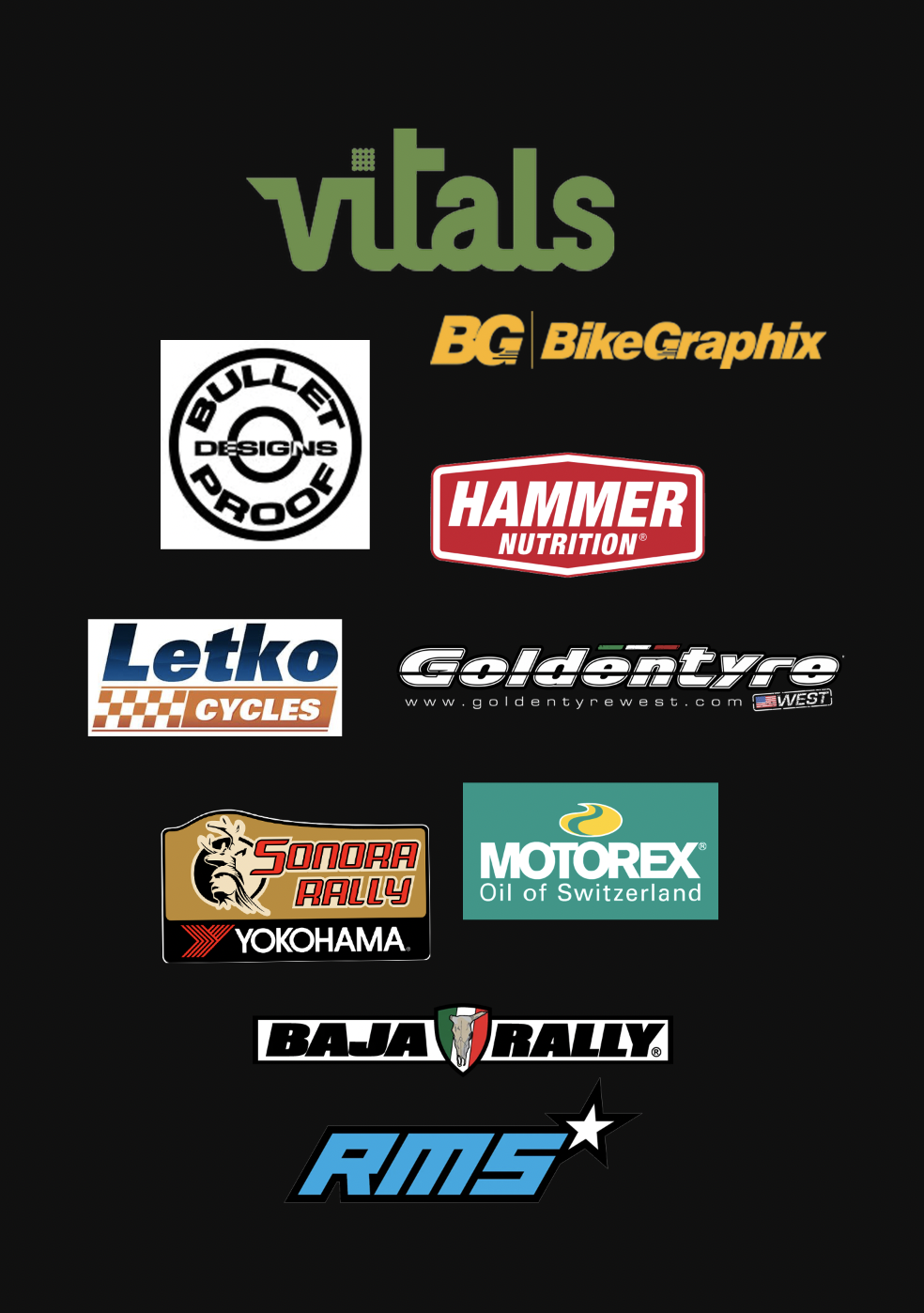 Full Sponsors are sponsors that are contributing financially in a meaningful way or providing products at no cost.Full Sponsor

Supportive Sponsors are sponsors that are contributing a meaningful amount to the FRR program in the form of product discounts.

These are relationships that are important to FRR but not currently providing any financial or product discounting to FRR. 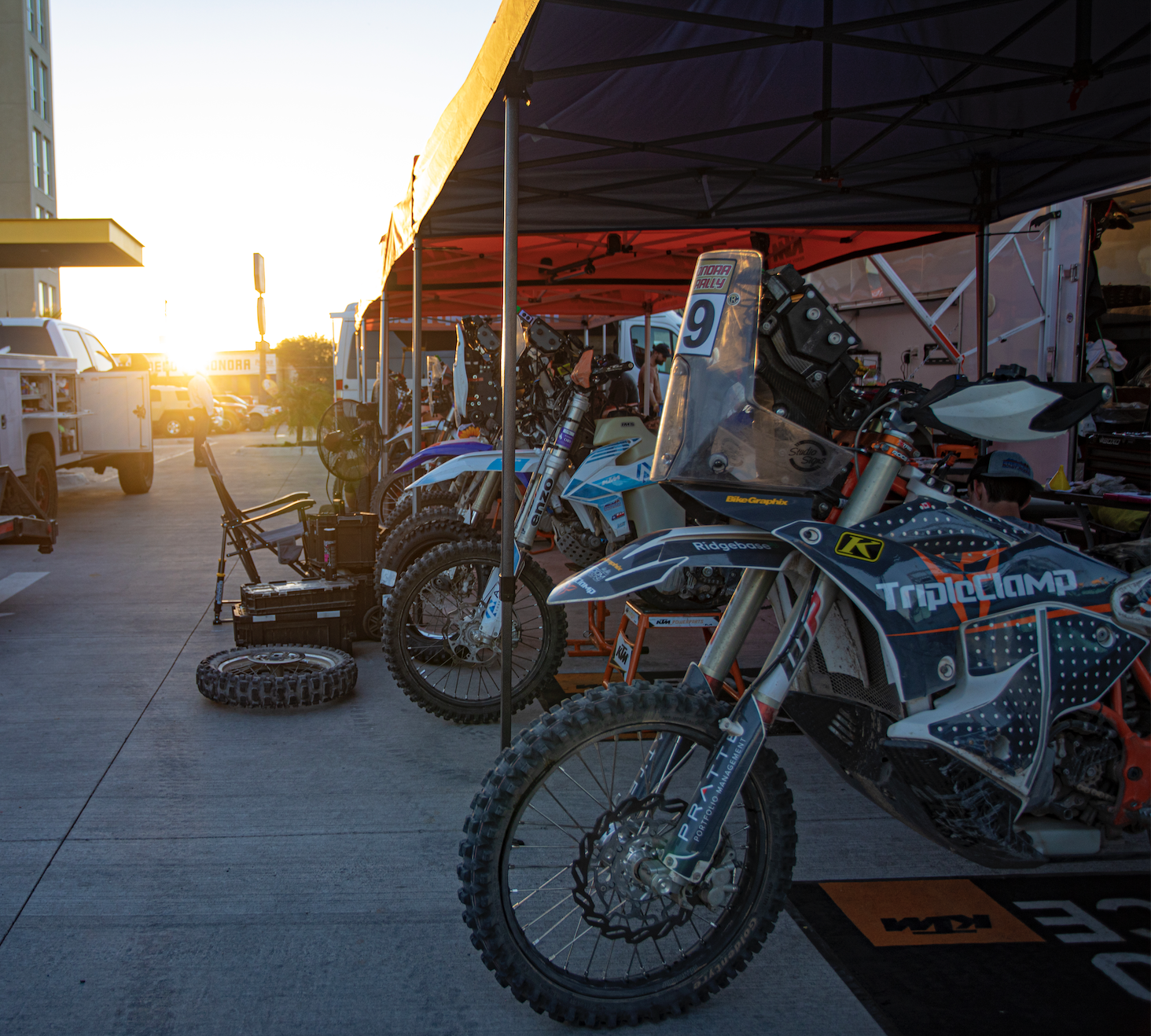 Book Now and start riding like a factory Pilot